Home culture A dance party above the rest 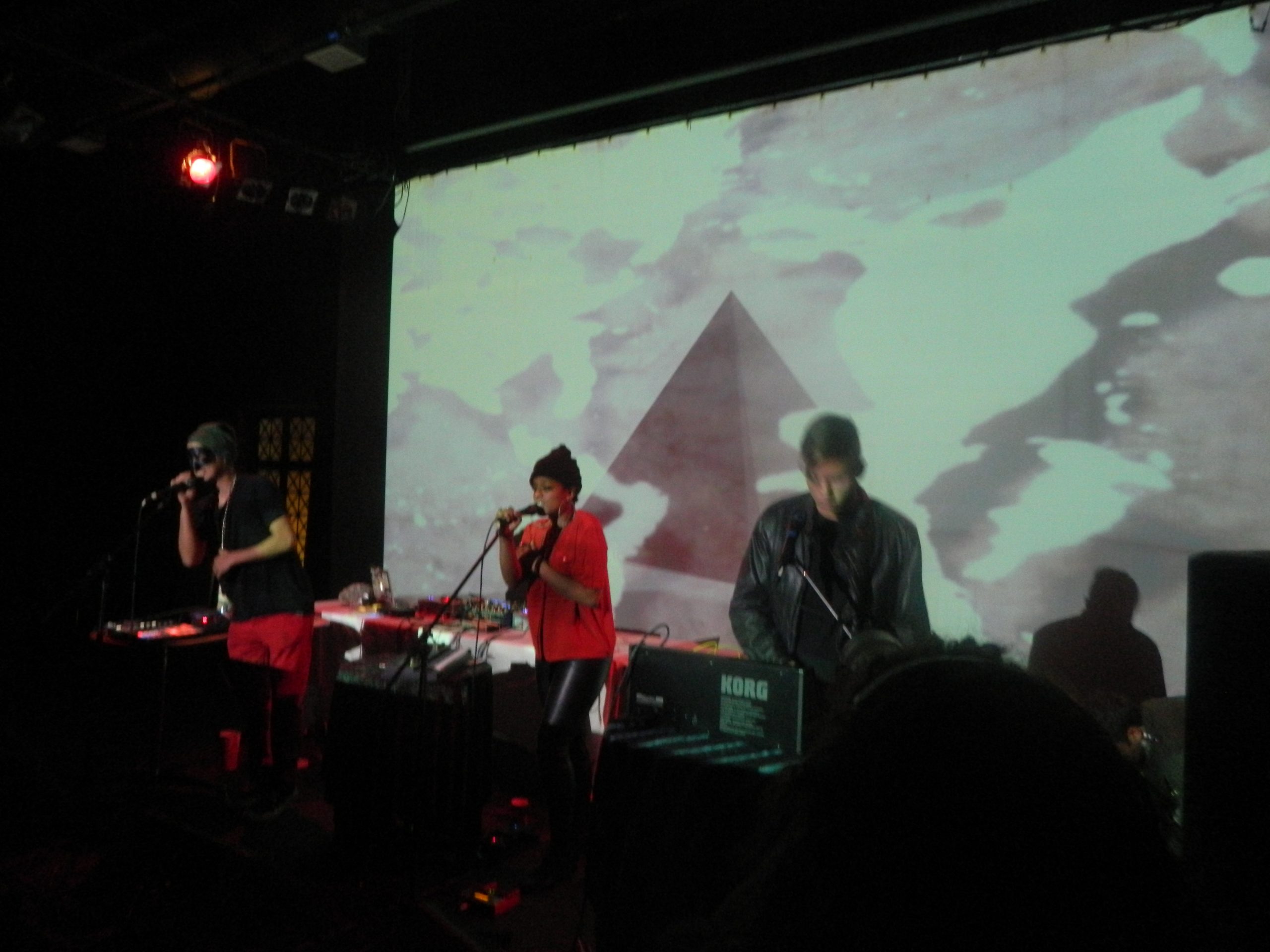 The deep pulse of John Carey’s all-vinyl DJ set pours out of the Crown, wafting down three flights of stairs.

Carey, who is part of the DJ collective Gate City Get Down, is a fixture at the monthly Dance From Above parties.

Due to the cold weather, the crowd that is usually spread evenly between the Crown and the Gate City Get Down DJ table outside was mostly forced into the third-floor room.

The Nov. 20 Dance From Above was the sixth in an impressive slew of electronic-influenced dance parties. The Agency Collective, an event-planning company run by Max MacClennen and Danny Olsen, hosts.

In accordance with this month’s masquerade theme, a large and eager crowd of attendees wearing mostly Phantom of the Opera masks, some adorned with feathers and sequins, danced ferociously throughout the night. Behind the performers, psychedelic projections flashed on a massive screen, ranging from vintage footage of children playing to farm animals with a kaleidoscopic filter. The projections, run by visual artist Adam Graetz, have become a fixture at every Dance From Above..

A stage, littered with complex looking electronic instruments, analog and digital synths and turntables, played host to a revolving door of danceable acts. After Carey’s opening DJ set came the Brooklyn-based trio Denitia and Sene, decidedly the night’s main attraction. Denitia’s soft and airy voice intertwined with Sene’s falsetto over a backdrop of deep electronic beats and analog synth lines that lulled the crowd into a daze as they slowly swayed back and fourth to their lush and dreamy soundscape

As Sene pounded away on his drum machine, he urged the crowd to dance. He picked up a megaphone to provide back-up vocals during one song.

Denitia and Sene’s blend of indie-influenced synth pop and alt R&B vibes was a refreshing change of pace to the hyped-up dance music spun by the myriad of DJs who shared the stage for the rest of the night. Their set was one of the few times that a live band has graced the stage, and their sound fit with the dance jams that filled the room for the remainder of the night.

Next, Chicago’s Starfoxxx, with a face painted like a cat, produced a contagious groove that kept the crowd dancing. His electrifying, playful sound was appropriately backed by projections of Super Mario World.

Since its inception six months ago, Dance From Above has quickly asserted itself as the most relatable and approachable dance party in the Triad. It’s a welcomed alternative to the downtown clubs that have become a staple of Greensboro’s nightlife, void of the long lines and predatory vibes that dance clubs tend to generate.

Despite the costliness — entry is $10 and cocktails are $7 — the event does well to nurture an inclusive environment. It appeals to both the club scene and the indie scene, likely due to the breadth of the acts that have played.

The event has drawn a considerable amount of talent, ranging from Stones Throw Records mainstay J-Rocc to the psychedelic punk stylings of Ex-Cult, who headlined a punk rock-themed edition co-sponsored by WUAG.

The Agency Collective’s penchant for local and regional music is also substantial, pairing the aforementioned national acts with local DJs like Alvin Shavers and Asheville’s Marley Carroll to name a few.

Dance From Above has served as a testament to the diverse and burgeoning, albeit ever fluctuating, music scene of Greensboro. The fact that the event happens every month creates a refreshing stability.

Editor’s Notebook: Some kind of monster

Dancing in the moonlight

Jordan Green - November 4, 2015 0
by Jordan Green The house on Tate Street where Jack Bonney has lived for 11 years echoes with the absence of thousands of records and...
%d bloggers like this: