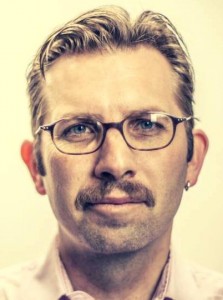 When the Republican-controlled General Assembly redrew the lines for state legislative seats — not to mention imposing a redistricting plan on the Guilford County Commission — in 2011, they effectively busted up an urban-rural coalition of voters that had allowed Democrats to maintain the upper hand.

Urban districts built around a political base of either African Americans or white liberals also reached into rural parts of the county to pick up moderate white voters who still reflexively voted Democrat.

Were the mapmakers inspired by political or racial motivations? In the South, where black voters are the bedrock of the progressive movement, it’s practically impossible to untangle the two. Even during the early 1960s, when Southern white politicians were actively and brutally suppressing the black vote, they were motivated as much by the desire to hold onto power as racial ideology, whether they personally harbored racism in their hearts or not.

In a brilliant ploy to confuse and divide their opponents, the Republican lawmakers adroitly cited the Voting Rights Act as their guide for the maps. They packed increasing numbers of African Americans into Democratic-leaning districts, arguing that it would give minority voters a better opportunity to elect a preferred candidate of choice. And indeed, the new maps changed the demography of the urban Senate District 32 in Winston-Salem sufficiently that an African American, Earline Parmon, could carry the district for the first time. (The Republicans helpfully drew the white incumbent, a powerful appropriations chair, out of the new district.)

The civil rights establishment has argued that, to the contrary, the maps violate the Voting Rights Act by preventing black voters from building coalitions with progressive white voters to effectively promote their political agenda. Based on voting behavior in previous elections, they argue, increasing the percentage of African Americans in a handful of districts is not necessary under the Voting Rights Act to ensure that minorities have the opportunity to elect a candidate of choice. To their point, if the maps don’t actually dilute the black vote, they certainly muffle the black political voice.

Civil rights lawyers went before the NC Supreme Court on Monday to argue against the 2011 North Carolina redistricting plan, bolstered by a recent US Supreme Court decision reversing a district court ruling that upheld a similar plan in Alabama.

Lawyers challenging the 2011 North Carolina redistricting plan focused on the number of split precincts in predominantly African-American districts, according to a report by Sharon McCloskey at NC Policy Watch.

“When district lines go block by block to divide voters, divide neighbors into different districts because of their race, even in counties where candidates of choice of African-American voters have experienced long and substantial political success, the electorate’s confidence in the integrity of democracy is undermined,” Anita Earls, one of the lawyers for the plaintiffs, reportedly told the NC Supreme Court.

“When precincts are split to create bizarrely shaped districts, it becomes harder for voters to participate in the political process,” Earls continued. “It’s harder for them to know which district they live in, who represents them. It’s harder for candidates to know who’s in their district.”

Court battles over redistricting typically move at a snail’s pace: The challenge to the 2001 North Carolina redistricting plan put in place when the state legislature was controlled by Democrats wasn’t resolved until 2009. By then, the corrections were largely moot, as the party’s reign was about to end. But there’s no reason to think another change of the guard is likely in 2021, so maybe patience with efforts to remedy the Republicans’ racial gerrymander is in order.

For first time in 42 years, Winston-Salem’s Northeast Ward will have new rep

From inside the bubble

Brian Clarey - November 16, 2016 0
I’ll admit it: I did not see it coming. I always knew a Trump presidency was on the table, even way back at the beginning...
Loading Comments...
%d bloggers like this: