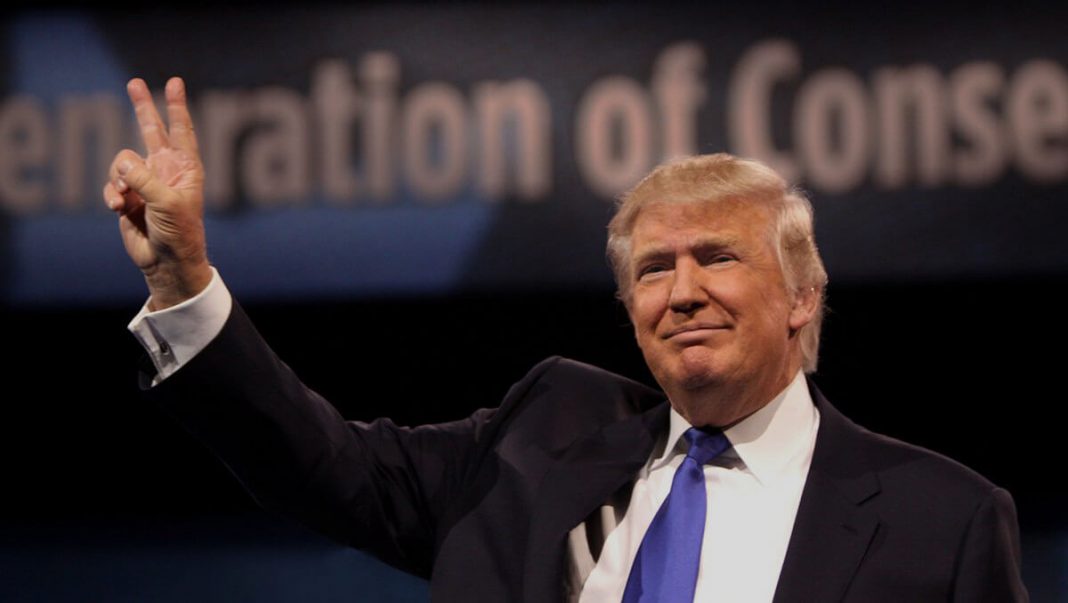 Donald Trump will be the next president of the United States of America if current conditions hold.

Yes, the polling mostly shows Hillary Clinton defeating Trump, but they don’t capture the profound ambivalence and fatigue on the Democratic side or the deep well of racial anxiety and resentment among white, working-class voters who conceal their true feelings from pollsters because they recognize it’s not acceptable in polite society to support the kinds of positions their candidate takes.

And despite the much vaunted GOP crackup, it’s pretty clear at this point that the Republicans will dutifully get in line to support their nominee. It’s certainly extraordinary for the Republican House speaker to withhold his endorsement to the presumptive Republican nominee, but Paul Ryan has consistently characterized his closed-door meeting with Trump as an effort to hash out differences with the ultimate goal of unifying the party. The rapprochement between Trump and Fox News is already underway, Megyn Kelly’s recent make-nice interview with the candidate signaling the network’s interest in retaining its role as right-wing propaganda machine, at risk of being eclipsed by the Donald’s celebrity media juggernaut.

Smarter, more eloquent people than I have ably laid out how Trump’s arrival on the political scene in early 21st Century America so uncannily mirrors that of Adolf Hitler in 1930s Germany. The cult of celebrity surrounding Trump, the flurry of brazen lies — custom-made, as Adam Gopnik notes in his spot-on May 20 piece in the New Yorker, for the Twitter age of quick-hit social media — the scapegoating of minorities to inflame and mobilize a political base, the ridicule of the weak and the gleeful willingness to commit war crimes all portend a rupture in the fabric of civilization.

Gopnik deserves to be quoted at length for his incisive exposition of the crisis at hand: “One can argue about whether to call him a fascist or an authoritarian populist or a grotesque joke in a nightmare shared between Philip K. Dick and Tom Wolfe, but under any label Trump is a declared enemy of the liberal constitutional order of the United States — the order that has made it, in fact, the great and plural country that it already is. He announces his enmity to America by word and action every day. It is articulated in his insistence on the rightness of torture and the acceptable murder of noncombatants. It is self-evident in the threats he makes daily to destroy his political enemies, made only worse by the frivolity and transience of the tone of those threats. He makes his enmity to American values clear when he suggests the presidency holds absolute power, through which he will be able to end opposition — whether by questioning the ownership of newspapers or talking about changing libel laws or threatening to take away FCC licenses.”

Our country is sleepwalking into a catastrophe from which we will not easily recover — one that will make George W. Bush’s Iraq misadventure seem like child’s play. That the dire consequences of a Trump presidency are so evident while much of the population continues to regard his candidacy with blithe amusement is maddening beyond belief.

The familiarity of Trump’s profile in megalomania is matched in the contours of popular acquiescence echoing down from the ’30s. Again quoting Gopnik, the shock of Hitler’s rise “was tempered by acceptance. It depended on conservatives pretending he wasn’t so bad compared with the communists, while at the same time the militant left decided that their real enemies were the moderate leftists, who were really indistinguishable from the Nazis. The radical progressives decided that there was no difference between the democratic left and the totalitarian right and that an implosion of institutions was exactly the most thrilling thing imaginable.”

The comments from the assorted anarchists, libertarians and independent progressives on my Facebook page when I posted a status update about this might well have been a bad impression of their 1930s predecessors.

“I fail to see where Hillary is any different,” wrote one.

Another said, “Each election it gets harder for the ‘Invisible Hand’ behind the two-party system to continue to fool the 99 percent of us and control the election process,” while urging a write-in vote for Bernie Sanders.

My friend,David McLean said it best: “When President Trump reduces rights of minorities to sue for discrimination, erodes the Civil Rights Act of 1964, privatizes Social Security, makes abortion illegal, allows insurance companies to cancel medical policies for being sick, deports Mexican immigrants, increases police authority, officially alienates American Muslims or any other action he himself has suggested, the Hillary haters can at least take pride in having ‘kept it real.’”

This is getting real, and fast.

Jordan Green - October 9, 2019 0
The name of the Rev. Franklin Graham’s North Carolina tour, which stopped at the White Oak Amphitheatre in Greensboro on Wednesday, implies a political...
%d bloggers like this: