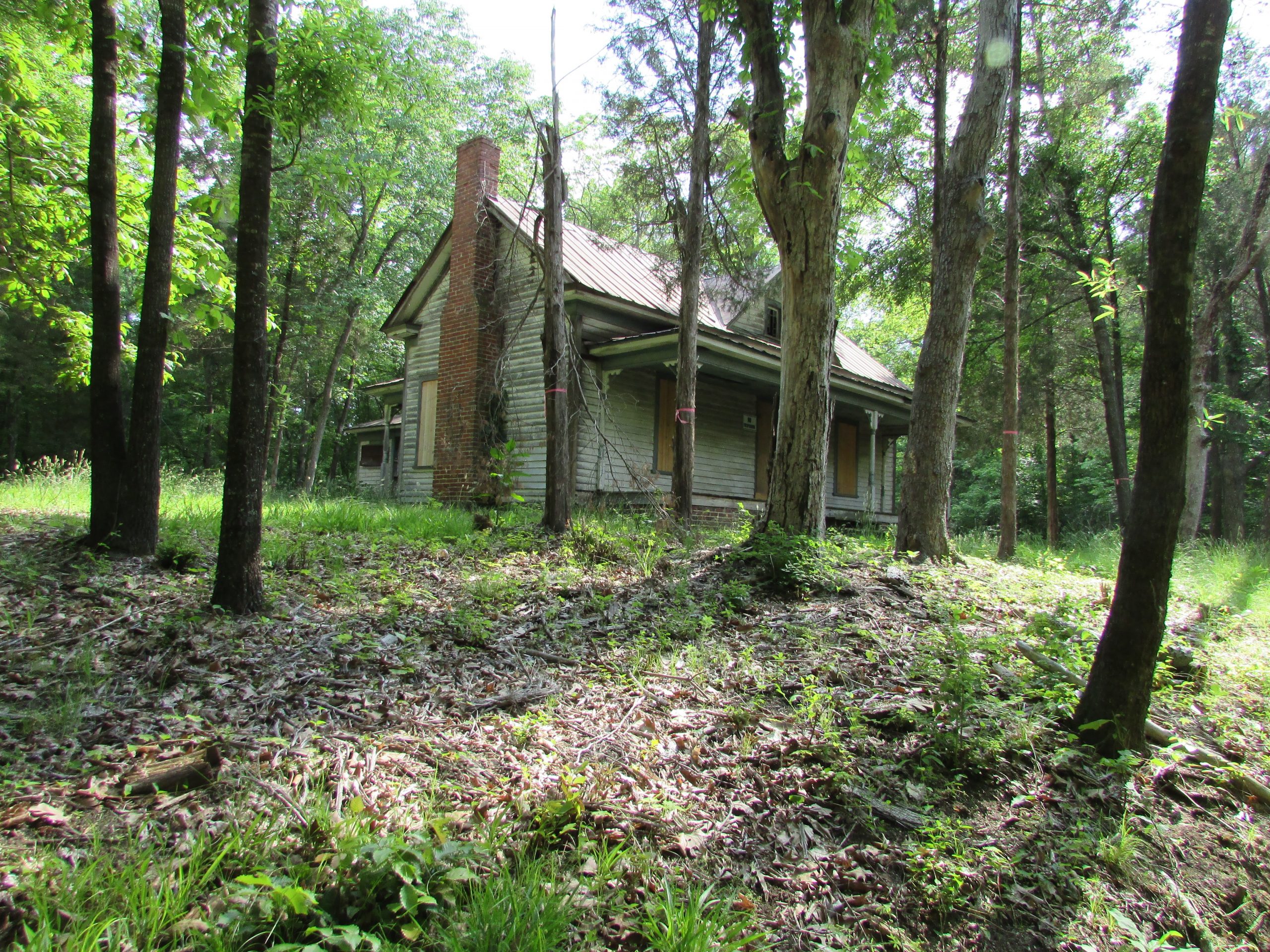 Guilford County is planning to accommodate mountain biking at Rich Fork Preserve over the objections of conservationists in High Point.

The 116-acre Rich Fork Preserve, a stretch of woodlands along the west side of High Point that reaches from the Hartley Drive YMCA down to Northwood Elementary, came into being in 2013 when Guilford County purchased seven contiguous tracts.

The acquisition was only one of several executed through the county’s open-space program, which was born from a 2004 parks and recreation bond that set aside $10 million for natural preservation. While financing for the project happened when the Guilford County Commission was under Democratic control, the acquisition of the property took place under a new Republican majority on the commission and with a reorganized parks department. Conservationists and High Point citizens alike who viewed the land as a place for natural preservation and limited recreation have grown alarmed by talk about opening up Rich Fork to mountain biking since the changing of the political guard and arrival of new administration at the parks department. 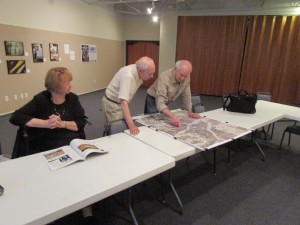 The clash of visions for the preserve emerged recently when “mountain bike trails” was listed as an option in a survey seeking public input on uses of the land. The option turned out to be a popular one, along with hiking trails, greenway/multi-use trails and restrooms.

Minutes from the March 16 meeting of the Hedgecock Farm at Rich Fork Creek Preserve Committee, an ad hoc group organized to provide input to the county, reflect the group’s misgivings: “Several people commented that if the land is treated as a preserve vs. a park, then mountain biking isn’t a valid option.”

Members of the committee, which has been meeting for about three years, questioned the authenticity of the survey because it doesn’t disclose the names and addresses of the participants. They also expressed concerns that a Facebook campaign by a mountain-biking group called the Fat Tire Society would skew the results.

The issue of mountain bikes and how they got on the agenda is so vexed that the committee debated whether it should be included in the minutes during its most recent meeting on Monday afternoon at the High Point Museum. The draft minutes reported that committee member Alice Patterson said she was disappointed that the county asked Matt Wallace, a county parks supervisor, “to get in touch with a mountain-bike club because it goes against what the county originally agreed to regarding the use of these open-space lands.”

Patterson was unable to attend the meeting on Monday, but emailed a request that the minutes include the statement: “Matt Wallace clearly stated that he was told (as the passive parks staff person) to send the survey to the mountain biking group.”

Edith Brady, the director of the museum who serves as recording secretary, reported to the committee that Wallace had approached her and asked her to excise the matter from the minutes altogether, acknowledging that the request put her in an awkward position. The committee disregarded the request, approving the minutes as is, with several members confirming that they heard Wallace say that he was directed to reach out to the mountain biking group. 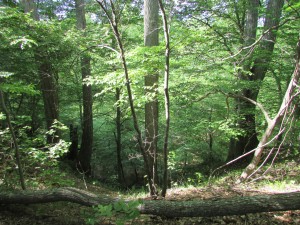 Notwithstanding the controversy over mountain biking, plans to develop the preserve have generated excitement among committee members. A conceptual master plan developed by consultant Bill Hamilton envisions the main entrance to the preserve at the end of West Parris Avenue at the Hedgecock family farmstead. Built in the 1890s, the abandoned farmhouse was the home of the great uncle of Dorothy Darr, who is a prominent community leader in southwest High Point and one of the committee members. Darr said the house is surrounded by a dozen outbuildings, including barns and sheds. The family grew tobacco and kept hogs.

A short distance from the farmhouse, a trail curves around a 600-foot bluff that drops down to the Rich Fork floodplain. The bluff provides a stunning view that is out of the ordinary for the generally moderately sloped terrain of the North Carolina Piedmont. The master plan envisions a multi-use main trail running from the Hartley Drive YMCA in the north down to Northwood Elementary in the south.

Mountain bikers are already using the preserve, although volunteers destroyed their ramps at one time as part of a cleanup effort. The plan calls for a dedicated trail for mountain bikers with a separate entrance to keep them segregated from walkers, runners and conventional cyclists who ride on asphalt.

The 2013 master plan for the new Westchester Park, less than three miles away, already includes mountain-bike trails. The fact that plans for mountain biking are proceeding at both the preserve and the park could reflect a lack of communication between the city and the county, Darr said.

Members of the preservation committee recently met with Guilford County Commissioners Kay Cashion, Hank Henning and Alan Branson, Facilities, Parks & Properties Director Robert McNiece and Board Clerk Robin Keller to voice their concerns about the master plan and what they perceive as the inadequacy of the survey.

“The last thing we said is that we understand — which we do — that the county owns this property, the county commissioners are duly to do with it as they see fit,” Kearns said. “We only want to make the point that as volunteer citizens who probably voted for this but are also willing [to do the grunt work] as well as try to bring forward the best plan that we could, we felt our thoughts at least needed to be shared with them.”

Kearns said Keller drove home the point that several county commissioners may not even know that the preserve committee exists. Some members of the open-space committee who were on hand for the meeting insisted that the county should have the minutes, and that it would be illegal if they were somehow destroyed.

Darr said the preserve committee should push for more than just a hearing.

“I think that it’s a betrayal to say at this point, ‘Oh, they can do anything they want with it,’” she said. “Because that’s not what the money was voted for. The money was voted for a particular purpose. And if it’s not, it’s like Play-Doh; it’s like la-la land or something. You’ve got to honor and respect the citizens’ voice.”

Committee members worried aloud that the county might implement a plan for the preserve without their input based on a rumor that some kind of public meeting has been scheduled.

They closed their meeting by passing a unanimous resolution: Kearns will ask county officials if there is a public meeting regarding the master plan for Rich Fork scheduled. If so, the resolution continues, when and where will the meeting be held?”

Who owns the ghetto in High Point?

Jordan Green - April 8, 2015 1
by Jordan Green As the City Project struggles to get back on its feet, a number of other developments portend promise for the Triad’s third...
Loading Comments...
%d bloggers like this: