Home Black Lives Matter EDITORIAL: Federal troops and the war against us 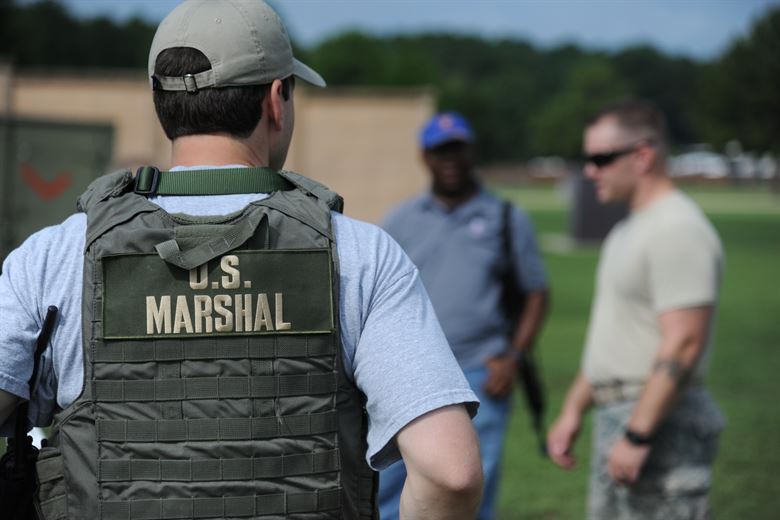 It started in Portland, Ore.: an infiltration of federal troops under the guise of protecting federal property like monuments and buildings.

Later we learned they were Customs and Border Patrol agents and US Marshals.

They started grabbing people off the streets and terrorizing demonstrators. One protester was shot in the head by a non-lethal round, fracturing his face and skull. They’re deploying tear gas, just a few months ahead of a newly passed state law, going into effect in January 2021, outlawing the practice.

The mayor is outraged. The governor wants the federal agents out of her state. Yet the president has promised more federal law enforcement in Portland, Chicago and other cities where Trump’s re-election chances don’t look so good.

So it’s fodder for the election… probably… in which Trump will ride a law-and-order campaign until the wheels fall off — unless, terrifying as the thought may be, he is granted another term, either through widespread voter disenfranchisement, the help of his Russian friends or, least likely, a free and fair vote.

Whatever his intentions, the optics are undeniable: This is what it looks like when a nation is at war with its own people.

Remove the context of the modern United States, and our expectations of stability and democracy, and this scenario looks like the brutal South African regime in the days before the end of Apartheid, or the forceful imposition of an autocratic regime in Central or South America.

Trump’s 2016 presidential run included echoing chants of, “Lock her up!” aimed at Hilary Clinton. Most of us didn’t understand then that this was be the fate he imagined for all of us who don’t get with his program.

And it’s not how any of this is supposed to work.

Freedom of speech is the most fundamental American right there is — that’s why it’s the First Amendment. We don’t grab people off the streets — that’s what the Fourth and Fifth Amendments are all about.

This has happened on US soil before. We’ve seen federal troops at the LA riots in 1992; in Arkansas in 1954, when they squared off against the National Guard; at Ole Miss in 1962 when the forst Black student enrolled; in Detroit in 1967; and even in Greensboro in 1969 during the Dudley riots.

But this time, they’re detaining people — and that is something new.

Amidst pandemic and protests, Black self-care matters, too

Sayaka Matsuoka - July 2, 2020 1
First came the virus, then came the uprising. At virtually every turn this year, Black Americans have been dealt blow after traumatic blow on top...
%d bloggers like this: