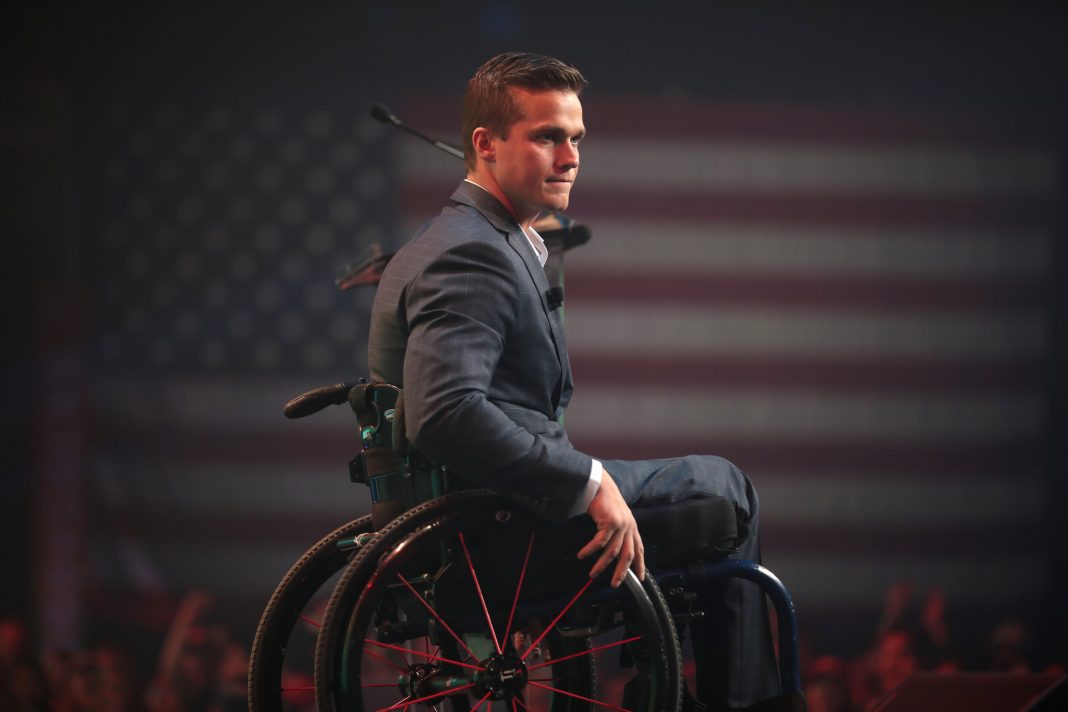 Rep. Madison Cawthorn is not one of ours — Congressional District 11 covers Asheville and the surrounding areas — except that he’s from North Carolina, and he’s making us all look bad.

Cawthorn, whose most distinguishing characteristics are the wheelchair to which he’s been bound since a 2014 car wreck and the smug look on his punk face, is a known liar. He’s lied about the circumstances of his paralysis, his acceptance to the Naval Academy (he wasn’t) and his status as a Paralympian (he isn’t). He’s equivocated the coronavirus vaccine with government confiscation of “guns and bibles,” and has spread so much disinformation about the 2020 election that he’s been accused of being part of Trump’s “Shadow Cabinet.”

In a speech this week to the Franklin (NC) GOP, he threatened violence over election laws and referred to the insurrectionists who attacked the Capitol on Jan 6. — just after Cawthorn himself had addressed the crowd across the National Mall — as “political prisoners.”

By being consistently awful, Cawthorn has at least distanced himself from Thom Tillis, his colleague in the Senate.

Sen. Tillis has no hard-and-fast ideology other than his highest purpose, which is to keep himself in office as long as he can. His loyalty to Trump waxes and wanes with the former president’s power and popularity. He’s abandoned strongly held beliefs when necessary. As a political animal his instincts have been on point — he is, after all, still around, though lately that may have more to do with Cal Cunningham’s weird affair during the last election than Tillis’ own maneuverings.

Nevertheless, Tillis has staked out a position that is much closer to the truth than he is usually comfortable with: He’s gone against the Republican orthodoxy by disputing, however lightly, the absurd claim that immigrants are bringing the coronavirus across our southern border.

“So I would say that they may be a factor, but I think the biggest factor right now is we have far too many people who are refusing to get the vaccine,” he told a business group in Cawthorn’s district just last week.

Tillis is one of the Republicans who has spoken publicly about getting the vaccine. Cawthorn, proudly, has not.

And while it’s tough to root for Thom Tillis, we must hope that his vision for the Republican Party more closely hews to reality than that of Cawthorn, who is so truly appalling that we don’t have the space to adequately document it here.

EDITORIAL: The trials of Mark Robinson

Citizen Green: The players change, the game is the same

Jordan Green - October 1, 2014 0
by Jordan Green In politics, you play the hand that’s dealt you. Sen. Kay Hagan, a former banker whose children attended Greensboro Day School, has...
%d bloggers like this: