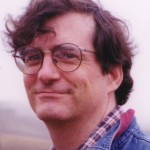 There’s a sense of relief and dread that comes when the legislative leadership files the official adjournment bill.

Relief, because there’s a date certain, a best guess at least, of when it might all be over. Dread, because it’s usually a sign that things are kicking in to overdrive.

To the first point, there’s even more finality this year because, according to the bill that was filed last week, as of June 27 the legislature sent to Raleigh by the people via the results of the 2012 election — and some of the most gerrymandered set of maps in the nation — closes up shop for good on June 27. Unless the governor or some pressing reason drags them back to Raleigh, this General Assembly is over until the composition of the new group is settled in November.

As to the dread, well, at least there’s not quite as much as last year. The 2010 and 2012 elections put a lot of newcomers into the seats. When the 2013 session opened, more than half of the members of the House and Senate were in their first or second term. Fortunately, for the most part they’ve become a lot more practical over time. That’s important because a lot can happen as a session winds down.

If you back out what needs to happen between now and the last Friday in June, you get an idea of what the next 10 days are going to be like. This week, House and Senate budget negotiations get rolling, starting with major disagreements to work out on teacher pay, university cuts and Medicaid.

While the budget negotiations begin, coal-ash legislation, the other main task of the session, started moving forward as well. Senate leaders took the wraps off the 44-page Coal Ash Management Act of 2014 Sunday night, delivering on a promise of something comprehensive with clearly spelled-out timetables for cleanup.

The bill does a lot of good things. It sets up a new Coal Ash Management Commission and staff, beefs up the Department of Environment and Natural Resources’ enforcement capabilities and mandates a full cleanup at the four critical sites at Dan River, the Sutton Plant in New Hanover County, Asheville and the Riverbend Steam Station near Charlotte.

It also requires Duke Energy to convert all plants in the state to dry ash or close them, and to categorize the rest of the state’s inventory of 33 coal-ash ponds by the magnitude of their threat to public health. Dewatering would be required at all the ponds and depending on their level of threat they would be either capped or cleaned up and the ash removed.

That’s the good news. As the bill gets a closer look (committee discussion are in progress as this paper goes to press), there’s a lot of concern about what it does not do and what it might allow to happen either by design or default.

For now, the bill does not include any sanctions against the company for failure to comply with its many instructions. It relies on a lot of self-reporting and buys Duke more time to address problems at all 14 sites and 33 ponds. The bill does not deal forcefully with ongoing, well documented groundwater contamination and the lack of state oversight. And there’s an intriguing little opt-out that allows the new Coal Ash Management Commission, an appointed body, to weigh the pubic health, safety and welfare with the “cost and reliability” of electricity in its determinations on closure plans.

Some of that could change in the days ahead, but don’t count on it. These days, few bills ever become less friendly to Duke Energy as a result of the legislative process.

But even if you’re a fervent environmentalist give it up for the Senate, at least a golf-clap. For the Coal Ash Management Act of 2014 finally says “We’re the State of North Carolina, and we have a coal-ash problem.” And it carves out its very own section in the General Statues. That’s where all future bills will get tucked away, including the ones with more teeth, more specifics and a stronger mandate to put public health ahead of profits.