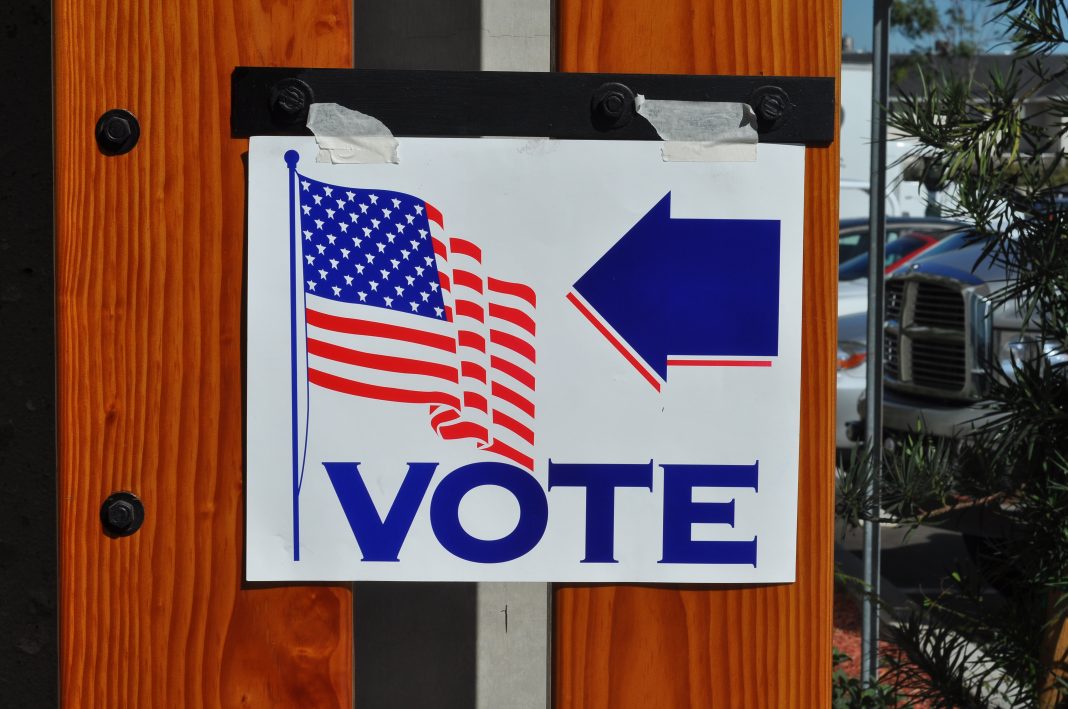 One of the two at-large members of High Point City Council is stepping off, but the five contenders for the two seats don’t diverge significantly on the major issues facing the city, including shepherding downtown redevelopment, addressing gun violence and promoting affordable housing.

One candidate is no stranger to city voters. Britt Moore, the only incumbent, served at large from 2010 through 2014. After losing his 2014 reelection bid, the politically unaffiliated candidate returned to the council in 2017.

Don Scarborough, the other at-large member on the council, is retiring after one term, and has endorsed Mason Garner, an unaffiliated candidate who owns a store store that supplies floor coverings for showrooms during the biannual furniture market.

Patrick Harman, also unaffiliated, is a philanthropist who has been active in efforts to revive the Washington Street business district and promote urban agriculture throughout across the south-central urban core.

Joshua (Fox) Brown is a locksmith apprentice who has held various leadership positions in the county and state Democratic Party.

The Rev. Tyrone Johnson, also a Democrat, is the founder and senior pastor of Greater Praise of Deliverance Church of Worship.

The Oct. 8 primary will eliminate one contender while advancing the remaining four to the Nov. 6 general election. Early voting for the primary begins on Sept. 18 at Washington Terrace Park and Deep River Recreation Center in High Point, along with the Old Courthouse in downtown Greensboro.

Mayor Jay Wagner’s recent proposal to study the possibility of returning High Point to an independent school system more than 25 years after it merged into a countywide system might be the most provocative issue in the campaign.

At least two candidates strongly support the study, while others are less enthusiastic.

“It’s been a coffee-shop discussion and home discussion for a long time,” Moore said. “I have grown children now, but over the past decades it was a much talked about thing across our kitchen table.” He added that the quality of the schools affects the city’s ability to recruit business.

“I am just shocked that anyone would not want to support a study of our current school system that Mayor Wagner has proposed,” she said. “That would mean that our school system is in good shape, and it is not. A study will give us some valuable information. It will tell us in black and white where our schools are lacking.”

Brown said that while he has no problem with a study, he opposes reverting to an independent school system.

“I don’t favor the focus on divorcing our school systems,” he said. “I don’t see the benefit for the children. I fear we would have less funding for each child.”

Johnson said he does not believe a study is needed. “If we were to separate, can we afford that?” he asked. “And more than likely at this point we cannot.”

Harman said, “I have some trepidation about the wisdom of splitting it apart from Guilford County. If they want to study it, that’s okay.”

Catalyst Project and beyond

The at-large candidates unanimously support the Catalyst Project, in which the city leveraged public funds to build a downtown stadium that has already triggered pledges of private investment to build apartments and a hotel. By the same token, many of the candidates are interested in reframing the conversation to focus beyond the central business district.

“I support the downtown initiative because it will attract more businesses to High Point, which will add job,” Johnson said. “It will also increase revenue, which will support the initiatives in my platform. When we add more jobs, our city grows. When we have a healthy downtown that is vibrant and alive, then we can have a healthy neighborhood… The additional tax revenue can be invested in our neighborhoods to assist our senior citizens who are homeowners to repair and renovate property.”

While proclaiming her support for the Catalyst Project, Garner quickly added, “I want to see it move all over High Point, not just downtown. With the contracts to have buildings built, that will cause more development to happen with manufacturing and warehousing, and it will create more jobs.”

For Moore, the most important feature of the Catalyst Project is the promise that it will increase real estate values, and spin off additional tax revenue to support city services.

“The Catalyst Project is a concept and a work in progress that is showing early success on its original mission,” Moore said. “It’s an economic generator for our tax base. High Point has had a growing tax base; most has been outside of our central business area, which has shown decreases. We are seeing great energy, seeing values rising, so it’s certainly not a short-term project. It feels like it’s off to a great start, and we look forward to it continuing to be a generator of economic growth for the city.”

Brown said he’s skeptical of the assumption that the downtown stadium and surrounding development will automatically translate into gains for the rest of the city. He said the city may need to use other tools for areas outside of downtown. In particular, Brown said he wants to focus on enhancing bus service so that it does a better job of connecting people to employment and education opportunities.

Brown also said he supports mandating a “living wage” for all city employees. “I mean this for part-timers, seasonal, teenagers — I mean for everybody,” he said. He added, “It may have to be phased in. The part I’ll negotiate is the exact amount and how fast we get there.”

Harman said the success of the new downtown stadium proves that if people come together and make something a priority, it’s possible to reach a goal through creativity. “I’ve been a real supportive of the Catalyst Project,” he said. “What’s next? Some of the social issues are thornier. You can go look at the ballpark and see something tangible. With gun violence, we can make some headway, but there’s still going to be gun violence. It’s murkier.”

With the number of homicides on track to meet or exceed totals from the past two years, candidates almost to a one have said city leaders must work in partnership with the community and nonprofits to mitigate gun violence.

“Government has a role to try to set a standard that’s going to take a total community effort, and High Point just recently had community meetings on that,” Moore said. “Nobody in the vast majority is happy with gun violence. It is perpetrated by a select few from within our community and some transients. We’re going to have to come together and work within our laws to address it.”

Garner said she supports an initiative by Ward 2 Councilman Chris Williams and Mayor Wagner to curb violence by offering mentoring opportunities to teenagers.

“I support our police department wholeheartedly,” Garner said. “I support Mayor Wagner and Councilman Williams’ program on mentoring of our youth. It’s starting with kids at such a young age to address the violence and the gangs and helping them make some positive changes.”

Harman said he wants to look at a model that’s being implemented in Greensboro called “Cure Violence,” which treats gun violence as a public health issue, while qualifying that he’s not fully committed to the idea. Harman also said that he’s involved with a community group that is working to build resilience among young people who experience toxic stress through their exposure to violence.

Johnson said he would recommend that the police establish a substation in a vacant house located in the area with the highest concentration of violent crime to proactively address shootings.

Echoing other candidates’ statements that the city needs to work in partnership with other levels of government and the community to address violence, Brown added, “We’re already doing what we can through the criminal justice system. I appreciated the efforts of the police, but I don’t think increasing the jailing of the citizens is going to address the problem.”

Addressing blighted housing was one of three planning goals (along with the Catalyst Project and attracting millennials) adopted by the council in 2017, Moore noted. Moore gave Councilman Jeff Golden, who will relinquish his seat representing Ward 1 this year, credit for leading the initiative.

“The record would indicate he and the council have done an excellent job of attacking blight,” Moore said. “We’ve been studying and looking to create more affordable housing. We are seeing the results of that today, and I think we’ll continue to make progress.”

“I like what the council is doing at this time with the cleaning, and if the homeowners and property owners are not working with the city, I’m for demolishing the buildings, and hopefully something new and affordable can be built there,” she said.

Harman said the city should consider redeveloping a three-block area on the eastern edge of downtown between Commerce Avenue and Leonard Avenue. The area is familiar to him because he started a hops farm there, and several of the blocks have become vacant through housing demolition. While acknowledging that a redevelopment project would require significant grant money, Harman said the city accomplished something similar with the Macedonia neighborhood about 12 years ago.

While focusing public safety resources on the areas with the highest levels of violent crime, Johnson said he wants the city to invest in housing in areas with relatively low crime levels.

Garner said, without reservation: “I would support a bond for low-income housing.”

Johnson also said he would support an affordable housing bond.

Brown said he would support a housing bond, or using some of the $50 million bond on the ballot this fall for housing. Mayor Wagner has previously said that $6 million from the bond will be used to tear down the Daniel Brooks public housing community and replace it with affordable housing.

Harman said he would have to look into the proposal for an affordable housing bond.

So far, Moore is taking a similarly noncommittal stance.

“I haven’t thought of that one to give you a quick off-the-cuff answer,” he said. “I am a pretty open-minded person. I’ll have to give that a little more thought. It’s certainly a tool that could be considered.”

Brian Clarey - May 28, 2014 0
by Brian Clarey With all the talk lately about cities paying people a living wage, we often overlook the lowest-paid city employees of them all:...
Loading Comments...
%d bloggers like this: