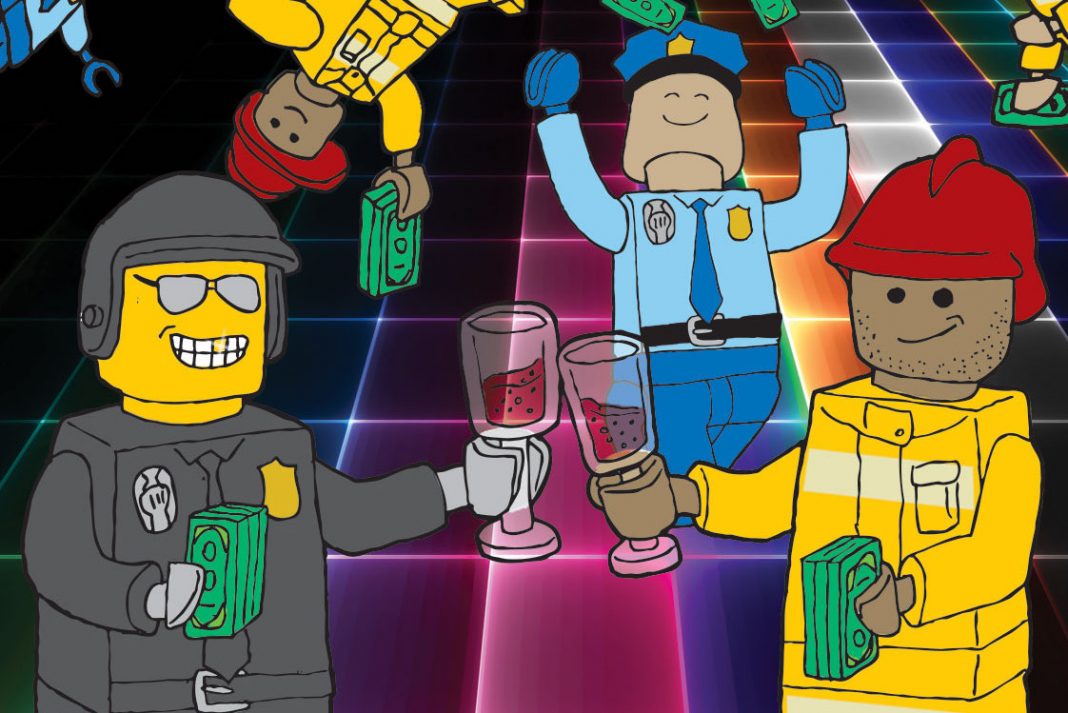 Pay for police officers and, to a lesser extent, firefighters, is a perennial topic of municipal budget discussions. Public safety, or, more importantly, the perception of public safety is critical to attracting investment and encouraging population growth — a preoccupation for city council members intent on expanding their respective cities’ tax bases.

Police and fire consume the largest share of the budget and employ the largest number of employees, making them an effective voting bloc, so politicians tend to be sensitive towards their needs. City leaders tend to worry about police morale in particular out of concern that officers will perform less effectively if they’re not happy on the job. In a national climate in which continued scrutiny of police-involved shootings of black men is said to be undermining morale, pay is one lever at the disposal of city council to signal support. Thankfully, Greensboro has not experienced a fatal police-involved shooting since 2014, but sustained anger over the past 12 months about the Dejuan Yourse and Jose Charles cases has put the department on the defensive. While citizens were calling for police accountability, Greensboro City Council members led by at-large Councilman Mike Barber pushed for a 7.5 percent raise for all sworn police and fire employees — beyond the 5 percent increase initially proposed by City Manager Jim Westmoreland.

The extra boost by the majority touched off a vigorous debate about whether city leaders place the same value on other employees, including custodians and sanitation operators who earn less than the $15-per-hour wage floor that the city has pledged to set by 2020.

District 1 Councilwoman Sharon Hightower prefaced her vote against the budget on June 20 with an anecdote about returning from a late-night meeting and discovering city workers toiling over a storm sewer in front of her house.

“In the middle of my cul-de-sac at 10 at night was stormwater [staff] with the sewer open and a camera down the line because my neighbor had a backup,” Hightower said. “10 at night they were working just like it was 8 in the day. They deserve to be treated with the same dignity and respect and given the same amount of pay as all employees. Anybody ever ask what the turnover rate is in field ops? Anybody know? That’s a lot of work. It’s hard work. And we need to show value in that just as we do on the public safety side.”

District 4 Councilwoman Nancy Hoffmann defended the differential treatment, noting that the 7.5-percent pay raise for sworn police and fire employees was a market rate adjustment to make the city competitive with comparable municipalities. Hourly employees who earn less than $15 per hour are in a different category, she said.

The involvement of Black Lives Matter and its white supporters in the budget discussion this year introduced an element rarely heard in city budget debates — whether accountability should factor in pay decisions.

“So I have to ask, how much time and energy have you spent talking about this proposed pay raise in comparison to the time and energy you spent researching and educating yourselves on police efficacy and accountability?” said Rachel Wieselquist of Anti-Racist White Folks Serving Black Lives Matter Gate City during the budget hearing. “You jump at the chance to raise the police dollar, but your priority is clearly not with other city employees whom you guaranteed this $15 minimum wage but not until 2020.

“I will just get to the point, which is the police do not need more money,” Wieselquist added. “More money did not prevent the murder of Charleena Lyles on Sunday in Seattle, and more money would not have prevented the murder of Philando Castille last year. You should look into practices that work for effective policing, decrease the size of the department, increase standards for recruitment, and demilitarize the department.”

While Greensboro currently ranks behind Winston-Salem and High Point in starting pay for both police officers and firefighters, the 7.5 percent market rate adjustment implemented over the next three months is likely to dramatically close the gap or even put Greensboro ahead.

“We are losing good firefighters to our surrounding municipalities,” she said. “You can also relate that to the police department as well. If you think about it, we spent $40- to $50,000 training a fire department personnel and a police department personnel. Now, when we invested that money into the training of someone who is here to protect, whether it’s a fire or car wreck or something that needs to be attended to immediately, we have invested that as a city. Right now, there are other municipalities who are taking what we have trained and giving them more money — taking our employees. So that is the way that I believe I can say that I am comfortable with this…. If you take our peer cities we’ve got a lot of catching up to do in a lot of different areas….”

It’s an argument that city council members in Winston-Salem — the closest city with a population above 200,000 — would find familiar because they’ve been making it for years.

A consultant hired by the city found that entry-level pay rates for 118 positions in police, labor, trades and crafts fields lag 8.0 percent — or “woefully,” as City Manager Lee Garrity put it — behind the market.

“Just for the record, most police officers over the next six months will receive a total of 6 percent in adjustments,” Garrity said.

The budget approved by Winston-Salem City Council raises the minimum wage from $11 to $11.25 per hour, although Garrity said most employees, including sanitation laborers, will earn at least $12.56. The minimum wage in Greensboro was raised to currently set at $13.

“I believe that we are losing out in our recruitment efforts for well-qualified potential police officers — in part, not in whole — but in part because some of the nearby jurisdictions like Greensboro and High Point are offering this incentive,” Southwest Ward Councilman Dan Besse said, “and we end up being not competitive with them for well-qualified candidates.”

Citizen Green: This country belongs to us, too

Jordan Green - July 4, 2017 1
On the stairs I smoke a cigarette alone/ The Mexican kids are shooting fireworks below/ Hey, baby, it’s the Fourth of July/ Hey, baby,...
%d bloggers like this: