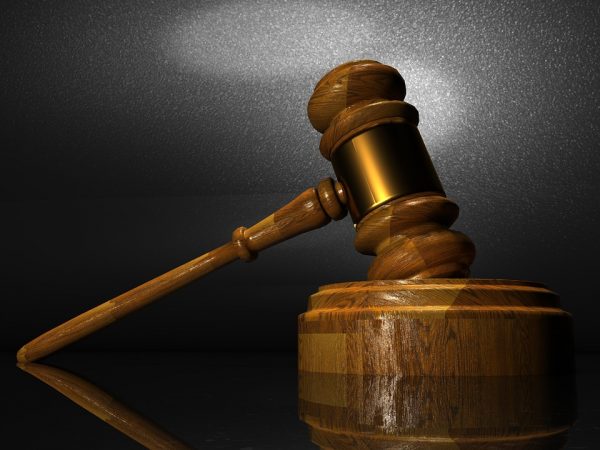 A federal judge in Winston-Salem has granted class-action certification to a group of plaintiffs suing the NC Division of Motor Vehicles to stop the practice of revoking drivers licenses when people fail to pay traffic fines, but declined to grant a preliminary injunction.

The ACLU of North Carolina, which is representing the plaintiffs alongside the Southern Poverty Law Center and the Southern Coalition for Social Justice, expressed disappointment about the order issued by US District Court Judge Thomas Schroeder.

“We’re really disappointed by this ruling,” said Molly Rivera, a spokesperson for the ACLU of North Carolina. “We are still reviewing Judge Schroeder’s decision. We’ll be reviewing it in the coming days to determine the best next steps for our clients.”

North Carolina law includes a provision allowing defendants to restore their driver’s license if they demonstrate to the court that their failure to pay fines “was not willful” and that they are “making a good faith effort to pay.” The plaintiffs have pointed out that neither the courts nor the DMV notifies defendants that they have a right to ask for a so-called “ability-to-pay” hearing before the agency revokes their licenses.

Judge Schroeder, who was appointed to the federal bench by President George W. Bush, wrote in his order released on Sunday: “While the court certainly do[es] not disparage the importance of a driver’s license to plaintiffs, and indeed recognizes the hardships attendant to the loss of a driver’s license, these considerations do not serve to overcome binding precedent that the private interest in driver’s licenses is insufficient to mandate a pre-revocation evidentiary hearing.”

Schroeder narrowed the grounds on which the plaintiffs can pursue the case, ruling that the “plaintiffs have not plausibly alleged an equal protection and substantive due process claim” because, he said, the state law revoking licenses for failure to pay traffic fines “has a rational basis.” He also found that “the fundamental fairness doctrine,” which holds that under the Fifth and Fourteenth amendments to the Constitution the government shall not take a person’s life, liberty or property without due process of law, does not apply in this case.

Schroeder noted that DMV Commissioner Torre Jessup has not challenged the plaintiffs’ procedural due process claims that defendants deserve an “opportunity to be heard” before their licenses are revoked, and he allowed the lawsuit to go forward on those grounds, although in declining to grant a preliminary injunction he found that they are unlikely to ultimately succeed in making their case. Schroeder wrote that the plaintiffs “have not persuasively argued that the hearing already provided for” under state law “fails to substantially alleviate the risk of erroneous deprivations.”

Rivera said that, in contrast to Judge Schroeder, federal judges in other jurisdictions have granted injunctions to temporarily stop DMVs from revoking licenses for failure to pay traffic costs while the cases are wending through the court system.

While allowing the case to go forward, Schroeder also agreed to certify two classes — individuals whose driver’s licenses have already been revoked by the DMV for failure to pay, and those whose licenses will be revoked in the future.

“Even looking only at the commissioner’s evidence, then, plaintiffs’ proposed revoked class includes at least 62,788 individuals,” Schroeder wrote. “As to the proposed future revocation class, the court may reasonably infer from the size of the revoked class that it too is large.”