Home Editorial Editorial: Not talking about Trump in North Carolina 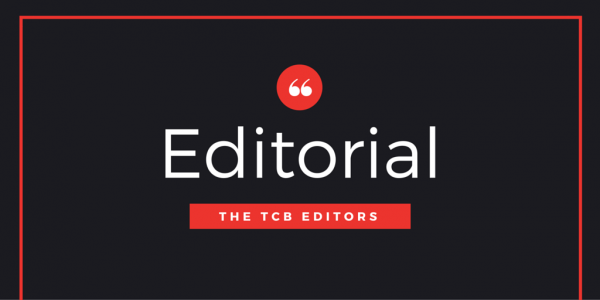 The picture in the presidential race becomes more clear with each passing day. For now, Donald Trump’s rate of diminishing returns is outpacing Hillary Clinton’s, and it’s becoming increasingly urgent that Trump take North Carolina in his quest to become the greatest reality-television star of all time.

And that’s really the more interesting question: Will Trump win North Carolina? Interesting, because nobody seems confident either way. And pressing, because the effects will be felt all the way down the ballot.

Real Clear Politics has the race close as of Monday, with Clinton holding an edge of 1.8 points, but folded into the reckoning is a Civitas poll — the only one that gives the state to Trump, with a 4-point margin. It’s worth noting that Civitas in August 2008 predicted NC would go to Sen. John McCain in favor of Barack Obama by 6 points. Obama won NC in 2008 by about a third of a percentage point.

But everyone knows the polls are useless at this point — only a total psychopath would answer a phone call from an unrecognized number and then agree to answer a bunch of questions, and anything conducted online is a complete farce.

The only metric that matters doesn’t get measured until after the election, and it’s the one upon which everything else hinges: voter turnout.

Meanwhile, down the ballot, Republican candidates are trying to decide if it’s in their best interests to align themselves with so much Trumpness. It’s too late for McCrory, who has, albeit unenthusiastically, hitched his wagon to the whims of the party. State Sen. Trudy Wade, who showed more emotion in her speech at a Greensboro Trump rally than in three terms on Greensboro City Council, seems to be backpedaling a bit — or, at least, she’s nervous enough about her re-election bid that she started airing TV commercials in August, which is traditionally a quiet month for politics before the whole piñata gets ripped open in September. More significantly, they appear to be targeted at liberals and moderates given the pro-teacher message rather than firing up the Trumpsters.[pullquote]Only a total psychopath would answer a phone call from an unrecognized number and then agree to answer a bunch of questions.[/pullquote]

US Sen. Richard Burr, who according to the National Journal was the 7th most conservative member of the Senate in 2012, looks more like a fancy-pants moderate next to the pugilistic force that is Trump. He seems to have painted himself into a corner by supporting the GOP candidate early in the campaign but, other than offering a mild rebuke after Trump went after a Muslim Marine’s family, has remained silent. A $1.5 million spend last week by conservative PAC One Nation on his campaign says more than Burr ever could.

That seems to be the game this year — for Clinton, for McCrory’s challenger Roy Cooper, for Burr and his challenger Deborah Ross, and many others: Keep your mouth shut and let your opponents sink themselves with stupid, off-the-cuff pieces of demagoguery.

And anyway, Trump looks intent on sucking all the oxygen out of this entire election cycle. At this point, what the hell does he have to lose?

Jordan Green - August 2, 2017 1
Despite promising to not target immigrants, Winston-Salem police officers made a handful of discretionary arrests in the first five months of 2017 involving traffic...
%d bloggers like this: