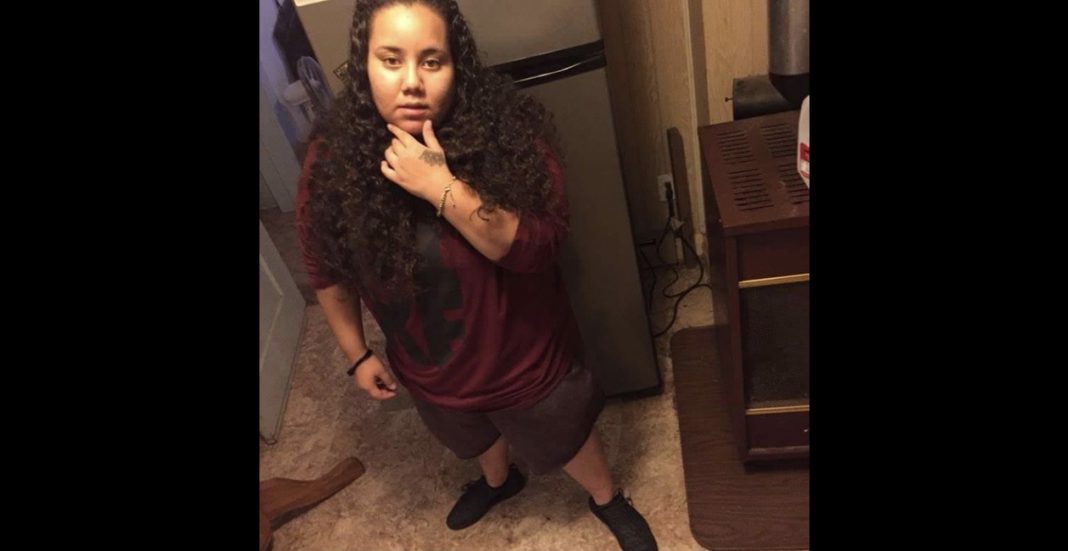 Anna Chris Dominguez was booked into the Greensboro jail at 2:20 a.m. on Oct. 16, and less than three hours later the 24-year-old woman was found unresponsive in a holding cell.

The jail staff attempted “life-saving measures,” the Guilford County Sheriff’s Office reported, but by the time she arrived by ambulance to Cone Hospital at 6:18 a.m., Dominguez was pronounced dead.

The sheriff’s office announced in a press release the day of Dominguez’s death that an “investigation into her death” was underway, but little makes sense about what transpired in the five hours and 16 minutes between her arrest and the time she was pronounced dead.

In the week since Anna’s death, Maquaito Dominguez said she has learned from the sheriff’s office that her wife was discovered passed out in a vehicle on the side of the road by a Greensboro police officer. During a field sobriety test, the officer observed Anna stumbling, and wasn’t sure whether it was because she was heavyset or intoxicated, but her bloodwork came back negative for alcohol, Maquaito said.

Despite the fact that she was asleep at the time the officer found her, Anna was arrested at 1:02 a.m. and charged with driving while impaired. She was also charged with simple possession of a Schedule IV controlled substance, a classification that includes depressants with low potential for abuse and dependence, and with operating a motor vehicle without insurance and registration.

Maquaito said she’s been told that it could take six to nine weeks to get a toxicity test back that would determine whether any other substances were present in Anna’s system. But the sheriff’s office has described Anna as “intoxicated” when she was booked into the jail. The sheriff’s office reported in the press release on Dominguez’s death that “due to her level of intoxication,” the magistrate’s office ordered her into custody until she sobered up. Had she lived, she likely would have gone back before the magistrate at noon and would have been released on a written promise to appear. And Lori Poag, a communications specialist with the sheriff’s office, told Triad City Beat that when a jail staff member asked Anna for a family contact during the intake interview, “she was so intoxicated she could not give a name they could understand.”

Starting in September, all detention officers at the Guilford County Sheriff’s Office began wearing cameras. By Monday, Oct. 19, Poag said, staff had already reviewed the footage. Maquaito Dominguez said Detective Amanda Fleming described the footage to her, and what she heard was disturbing.

“From the video, [the detective] said Anna laid down at 2:20, and they watched her breathe,” Maquaito recounted. “She took her last breath at 2:30.”

The press release issued by the sheriff’s office on the day of Anna’s death states that detention staff discovered her unresponsive at 5:15 a.m.

James Secor, the attorney for the sheriff’s office, told TCB that Maquaito Dominguez incorrectly reported “the substance of her conversation with Detective Fleming.” Secor said Fleming did not say that Anna Dominguez “took her last breath” at 2:30 a.m., but merely that she lay down and went to sleep at that time. Secor added that the sheriff’s office “will have a more accurate timeline” once Fleming and the state Department of Health and Human Services complete separate investigations.

Informed that the sheriff’s office was disputing her recollection of her conversation with the detective, Maquaito Dominguez told TCB she stands by her original statement.

“If they want me to take a lie detector test, I can do that,” Maquaito Dominguez added. “It seems like she’s trying to twist my words now.”

The only significant finding from the medical examination was a fractured rib, Maquaito said, adding that the detective told her it could have happened when detention staff were trying to revive her. Fleming could not be reached for this story.

Contacted by TCB on Monday, Poag promised to provide additional details on the cause of Dominguez’s death, saying the sheriff’s office was waiting on a report from Cone Health that she anticipated would be available by mid-week. Late on Wednesday, she responded to a call from TCB, but asked if she could call back later, saying that she needed to speak with Sheriff Danny Rogers before the close of business. Poag did not call back on Wednesday and did not return repeated calls on Thursday and Friday.

Anna had planned to start treatment for liver damage, Maquaito said, describing her wife as “a heavy alcoholic.” But even with her wife’s health problems, the suddenness of her death came as a shock.

Poag also said on Monday that she would inquire as to whether the sheriff’s office planned to request an external investigation by the State Bureau of Investigation.

Scott Williams, the special agent in charge for the Northern Piedmont District, said the SBI had not been made aware of Dominguez’s death. For the SBI to investigate, Williams said, he would need to get a request from either the sheriff’s office or from the Guilford County District Attorney’s office.

“I don’t necessarily have the resources to investigate every time someone dies naturally in the jail, based on the sheer number of jail facilities we have in the district,” he said. “Some local agencies when it’s clear cut how a person passes, the DA is comfortable with the agency doing its own investigation.”

Anna Dominguez moved to Greensboro with her parents when she was in high school, Maquaito said. They met at a time when they were both homeless and went through a support program together.

“We actually started staying together. We was like, ‘Okay, we’re going to get married,’” said Maquaito, who is 15 years older than Anna.

Maquaito described her wife as outspoken and friendly.

“She would tell you what’s on her mind — not in a mean way,” Maquaito said.

A recent Facebook post from August reflects Anna’s engagement with the Movement for Black Lives and her willingness to speak her mind.

“My thing is Greensboro did protesting and rioting for somebody that wasn’t from their state, but y’all not gone stand up for the dude at Super 8; he ain’t fkkin shoot himself!” she wrote. “Y’all should be pushing that Black Lives Matter shit. Hell, y’all let it die down after two weeks! Take the stand my ppls!” (Seven days after Dominguez’s post, the Greensboro Police Department released body-camera footage showing Theotis Kindell admitting that he shot himself.)

Maquaito said it hurts that she didn’t find out Anna was in jail until it was too late.

“I wish I could have told her I loved her,” she said. “It could have been different.”

If you would like to contribute, a GoFundMe page has been set up to cover expenses for Anna Dominguez’s cremation and memorial ceremony.

This story was updated at 3 p.m. on Oct. 23 to include a statement by Jim Secor, the attorney for the Guilford County Sheriff’s Office, about Detective Amanda Fleming’s conversation with Maquaito Dominguez.

This story was updated a second time at 8:30 a.m. on Oct. 24 to include additional statements by Maquaito about her conversation with Detective Amanda Fleming.

EDITORIAL: In the NC election rising tide lifts some boats

Staff - November 8, 2018 0
The lull between the NC election results and attempts from each of the competing parties to claim victory is a good time to sift...
%d bloggers like this: