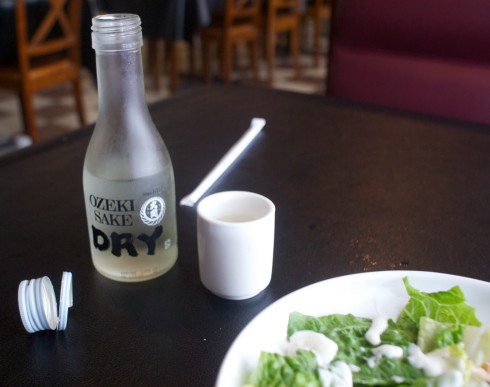 It seems like everybody knows about sake, but almost nobody actually understands it. If sake comes up — which it generally doesn’t — the first thing somebody does is compare it to wine. The name conjures mental images of a tall, shared bottle with shot glass-like cups and that one time you drank it.

For my editor, it’s the Dragon’s Den in New Orleans. For my mom, it’s taking a sake bomb decades ago, with the thimble-esque cup resting on chopsticks atop a glass of beer and pounding on the table until the sake fell in. For me, until recently, it was a breakup-oriented conversation with an ex at Sushi Republic.

Sake is that drink many of us forget about, one relegated to memories or occasional treat-yo-self flare while out to dinner. But in ignoring it, we do ourselves a disservice.

Here are the basics to keep in mind.

Sake isn’t wine — its production process is actually more similar to beer, but its qualities may be most like wine. It doesn’t age well, and generally isn’t served warm. The hot stuff is a holdover from a bygone era — a way to mask the cheap stuff the way really cold beer can hide how bad some macro brews are, although warm sake isn’t necessarily bad.

Those small ceramic cups are called ochoko, and can help hold warmth, but some people prefer certain sakes in other serving vessels. Sake is generally 15-17 percent alcohol. Like wine, beer or liquor, higher price tags don’t always mean the sake is better, but maybe you should skip the cheapest variants. There are different kinds of sake based on how polished the rice is, whether more alcohol is added later in the process and whether it’s filtered.

It’d be easy to be sucked into web of internet tabs researching various aspects of sake, but the best education comes through trying it. Start at home, where experimentation is cheaper. Grocery stores like Deep Roots in Greensboro carry a few options — a bottle of Ozeki’s relatively sweet Premium Junmai goes for about $10, or try the small 180-milliliter bottle of Ozeki’s light-bodied Sake Dry for $4.40 and SakeMoto’s small bottle of Junmai Sake for $8. 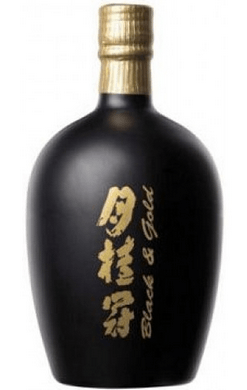 I first tried Ozeki Sake Dry at a Japanese fusion restaurant in High Point appropriately named Sake, where nice Ozeki and Gekkeikan sakes grace the menu, as well as a house hot-sake. The Ozeki Sake Dry is brewed in California — domestic sakes avoid import fees that push up prices on the Japanese product. It’s smooth, 70 percent polished and, according to the company, pairs well with fried chicken and seafood. And it’s the cheapest of the options on Sake’s menu, though it’s also the smallest bottle, while Gekkeikan’s Black and Gold 750-milliliter bottle goes for $38.

Once comfortable with the basics of sake, the beverage is easier to navigate, though I’ll still need a cheat sheet to remember that junmai ginjo-shu uses more polished rice than junmai-shu, or that ginjo-shu is the same level as junmai ginjo-shu but with some added alcohol. But before long, I hope to be trying some of Gekkeikan’s recommended cocktails on its site — like the Cucumber Cooler with its Haiku sake, simple syrup, lemon juice, muddled cucumber and club soda over ice — and to be that guy correcting people talking about “rice wine.”

Oct. 1 is celebrated as World Sake Day. Find a bottle at a grocery store or restaurant to partake, or visit Sake restaurant at 2207 N. Centennial St. (HP).