Home Fresh Eyes Fresh Eyes: A call for explanatory writing in an era of uncivil... 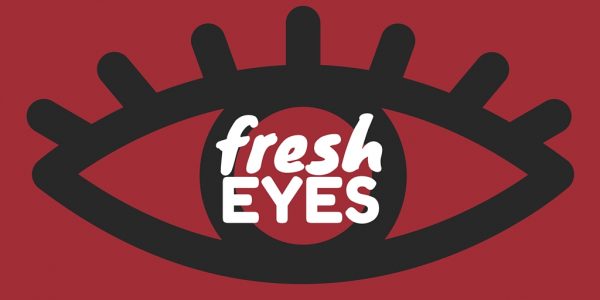 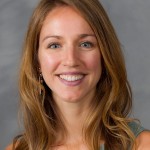 In the wake of polarized and uncivil election discourse, many parents and educators are wondering what happened and what to do.

As a professor and researcher of writing, my own answer is this: Take care how, and how often, we teach argumentative essays in schools. Teach explanation and synthesis instead.

The common use of the argumentative essay in US schooling dates back to unprecedented growth in higher education and a literate middle class in the early 20th Century. College was no longer the purview of an elite group from similar backgrounds, and more students meant two things: an insufficient number of teachers trained in writing instruction and a more diverse student body, less likely to share knowledge of the same philosophical or literary texts to write about.

With new teaching demands and less shared knowledge, many colleges began assigning the argumentative essay (or “theme”) that drew on an opinion and personal experiences in response to a general question. Beginning at Harvard in the 1880s and spreading to most US colleges in the decades that followed, students were increasingly asked to draw on their experiences and to argue based on their own view rather than explain or synthesize others’ perspectives. This continued in the 21st Century, even when writing assessments sometimes include reading as well as writing.

Here are just a few examples: Write an essay in which you explain how Dana Gioia builds an argument to persuade his audience that the decline of reading in America will have a negative effect on society (SAT, 11th/12th grade, 2016); Write an essay for a classroom instructor in which you take a position on whether participation in organized school athletics should be required (Accuplacer Writeplacer, 2016); and, Do you agree or disagree with Goldman’s argument that patriotism is based more on arrogance than on logic? (UMass Amherst writing placement).

Even as standardized-test agencies seem to be moving to include analysis along with argument, most of these essay tasks implicitly if not explicitly privilege a single argument, a winning argument, as the goal of writing. Students in late secondary school and in early college — early voters and the future of our voting base — are invited again and again to write about their own views. I myself was trained to rely heavily on argumentative essays in my own assignments. Yet this goal, and its primacy in the writing tasks of students transitioning into college-level writing, seems more rooted in an institutionalized tradition than a clear rationale. How often are late high school and early college students asked to thoughtfully summarize and synthesize others’ perspectives, as a clear precursor to crafting their own view — or as the end goal itself?

I am more interested than ever in this question after researching the common features of student writing that frequently shows a clear tendency toward overtly persuasive features. In a study of almost 20,000 incoming college student writers compared to published academic writers, key characteristics of the student writing included: more amplifying words like extremely and very than qualifying words like perhaps or possibly, more negation and adversative words like not and but, and more generalizing phrases like people today. In contrast, advanced academic writers use more hedges than boosters, more additive connectors like additionally, and few generalizations.

But here is where it gets more interesting. A look at language patterns in television broadcasts, web-based language, and popular magazine essays in the Corpus of Contemporary American English shows that they are closer to early student writing: They are much more likely to boost and generalize claims with words like everyone knows, it is clear that, and without a doubt than more formal academic genres such as research articles.

And in advanced student writing at the University of Michigan and all over Britain (in Michigan Corpus of Upper-Level Student Papers and the British Corpus of Academic Written English), argumentative essays contain more negation, more intensifiers and more generalizations about anyone and everyone, while proposals and reports do not include as many.

What does this mean for civil discourse?

To me, this is an opportunity to call on students’ developing ability to summarize and synthesize, to thoughtfully and accurately analyze and represent existing views. In popular essays and social media, students often read singular and emphatic views, and they may also reasonably think this is what they are being asked to write in argumentative essays at school. In the meantime, they are less often asked to represent many views and to identify exceptions and gradations rather than generalizations.

Laura L. Aull is an assistant professor of English and linguistics at Wake Forest University and the author of First-Year University Writing.

Off the Blue Ridge Parkway, trickling-down from the mountaintop

Fresh Eyes: Why did I go to college?

Brian Clarey - October 15, 2014 1
by Kelly Fahey On the first day of every one of my classes this semester at UNCG, each of my teachers mentioned something about state...
Loading Comments...
%d bloggers like this: