W-S boudoir shoots bring sexy back (from the dead)

The Sweet Life: Black businesses find freedom in the form of food trucks

EDITORIAL: Greensboro has come around to GHOE 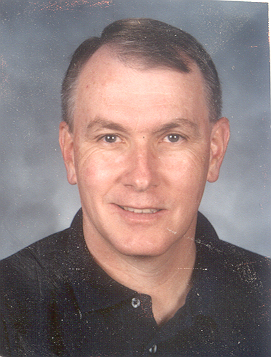 Only two races for the Guilford County School Board are contested this year, pitting longtime incumbents against newcomers seeking change.

Former teacher and librarian Jack Kraemer thinks his opponent is a wonderful person. But when people ask him why he’s running against Nancy Routh for an at-large school board seat, he explains it like this: Routh has been in office for 12 years, so if people are think the school system could be better and would like some additional financial oversight, they should elect him.

“My motto is, I’m not the same-old, same-old,” he said. “I’m running mostly because I think that things could be better than they are. In some ways I think that everybody is in kind of a rut.”

Kraemer stopped teaching in 2013, forced into early retirement by his principal after working in Guilford County for 18 years, part of a career spanning almost 40 years teaching English or working as a librarian, he said.

Two of Kraemer’s primary concerns are the low morale of teachers and the number of students who are behind grade level. He’d like to see a greater effort to involve community members, corporations and faith groups to make sure kids are grasping reading and math at an early age, possibly even in pre-K, to avoid falling behind to a point where they can never catch up.

He questioned numbers trumpeted by the school system about the high graduation rate, arguing that many of those students still aren’t up to grade level and that many who do make it to college still struggle tremendously.

Kraemer, who is registered as an independent, was endorsed by Conservatives 4 Guilford County. Listening to him talk about education, it’s clear that Kraemer is a skeptic but not necessarily a conservative. He strongly supports the board’s opposition to private-school vouchers and a law aimed at wiping out teacher career status, two considerably progressive stances of the current board.

But when he watches board meetings, Kraemer said he often wishes board members would ask more questions.

“I don’t think the board is just there to rubber-stamp everything that the superintendent and the general office wants,” he said, adding that people are willing to financially support education but that they aren’t sure they’re getting a good “bang for their buck” or that they haven’t already paid a lot.

Kraemer also said he is unsure whether he supports the ¼-cent sales tax for schools initiative supported by the current school board, saying he will decide which button to push when he is in the voting booth. While the money raised through the tax increase wouldn’t be the saving grace of the school system, he said it would provide some relief and send a message to Raleigh.

But at the same time, it might be a message welcomed by state legislators who want to see localities shoulder more of the burden for schools, adding that it could let legislators who are defunding public education off the hook.

His opponent, incumbent Nancy Routh, has a long history in public education as well. In addition to her 12 years of service on the school board and significant volunteerism, Routh worked as a principal at two elementary schools in the county for 18 years total and also worked as a teacher. Her classroom experience was primarily with special-needs students. She is currently the chair of the board’s governance committee, serves on the advisory board for UNCG’s school of education and has done some teacher education work at Greensboro College as well.

Routh jokes about her age, saying that her brain works most days, but said she isn’t ready to quit.

“I don’t move as fast as I used to but I still want to serve,” she said, adding that she hopes to live long enough to see the end of some unnecessary standardized testing.

Routh said the school board has accomplished a considerable amount during her tenure, including overseeing a climb in the graduation rate to almost 88.5 percent — the highest in the state.

There are several things she would like to see to completion, including finishing the last of the 2008 construction-bond projects.

“Most people have no earthly idea how much the board does,” she said.

A significant part of the board’s role these days is advocating for the mere existence of public schools in a hostile climate created by the state General Assembly, she said. Routh strongly opposes private-school vouchers, the elimination of teacher career status and a law making school-board races partisan in Guilford County beginning in 2016. She is still hopeful that the election law — propelled by state House member Trudy Wade — will be repealed.

Even after finishing her work as a teacher and principal, Routh found she couldn’t stay away from education, gravitating towards volunteer work and later the board even though she never imagined she would run for elected office.

She would still like to be teaching — she considers herself an amateur naturalist and has brought students from Jones Elementary to her property in the past to teach them about conservation using Alamance Creek. As to whether she’ll be able to do it again this year, it depends on how well her legs work, she said, adding quickly that she still mows her own lawn and is unwilling to give that up.

“That’s just kind of who I am,” she said. “A weird little old lady who lives in the woods, and I’m just not ready to quit.”

School board Chair Alan Duncan, a lawyer who has been on the board since 2000, is the only other incumbent with an opponent this election cycle.

His opponent, Monique Morgan, lives in Greensboro and did not return calls for an interview.

Duncan, a prominent lawyer who defended former presidential candidate John Edwards in his criminal trial, is running again in District 4. He said he would like to continue serving in a role to support the things Superintendent Mo Green is pursuing, including character education, increased classroom rigor and wraparound support for students.

“I am deeply passionate about the importance of public education in our society and this community,” Duncan said. “This is an extremely important time right now.”

Duncan recently spoke on a panel about the importance of passing the ¼-cent sales tax for schools ballot referendum this election and was also a part of the school board’s decision to oppose a statewide vouchers program and regressive career status law.

In the unfortunate event that the state General Assembly passed additional laws that infringed on the constitutional rights of students or teachers, Duncan said the board would continue to oppose the laws.

The voucher and tenure laws were inconsistent with the state constitution, Duncan said. Though he doesn’t act as counsel for the board, Duncan is the only lawyer on the school board and said he has litigated state constitutional issues before.

“I think a good board brings together many skills,” he said, referencing his experience as a lawyer and the educational background of other board members such as Sandra Alexander and Nancy Routh. “We have benefited from different people’s insights on board.”